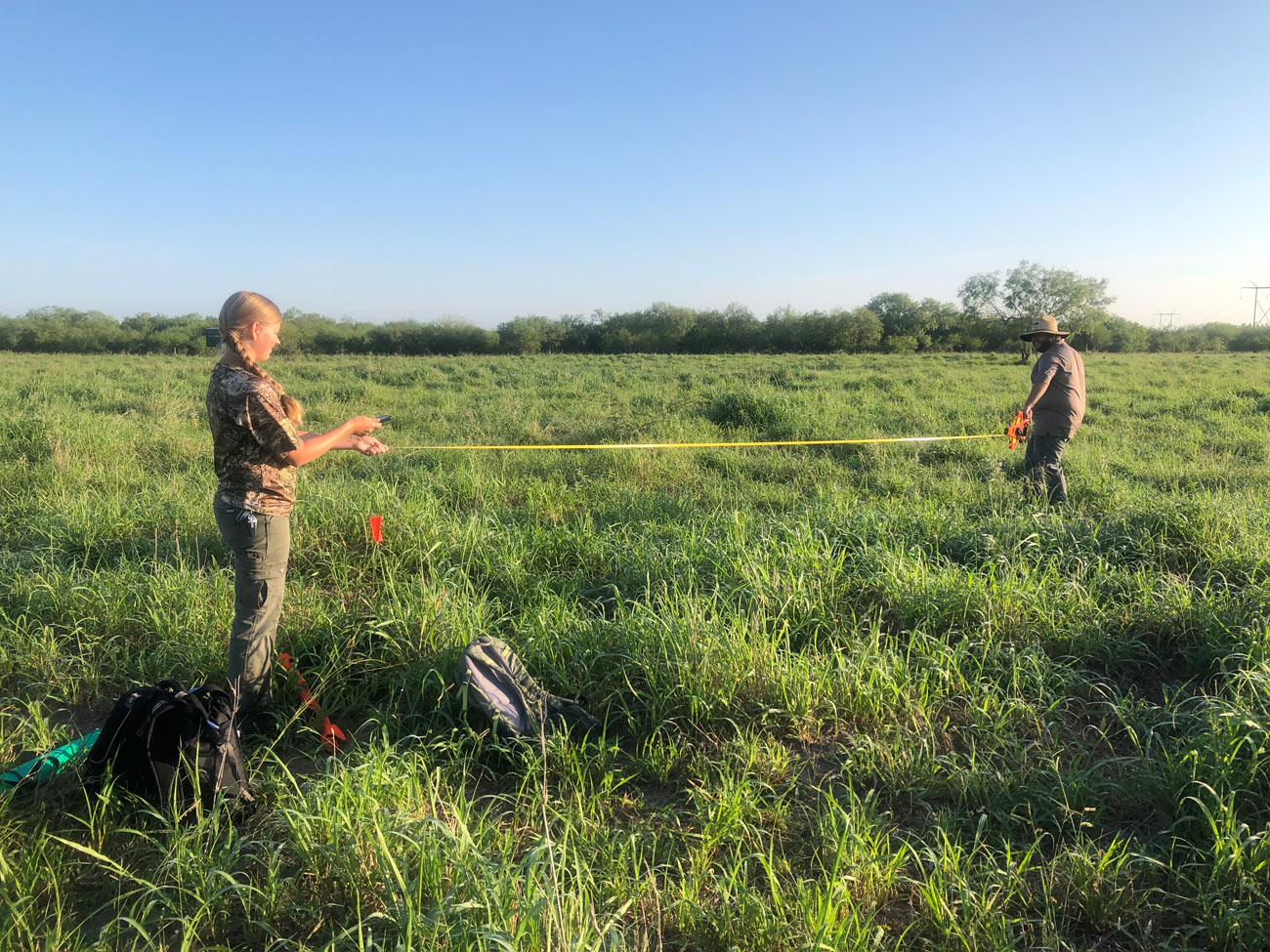 During the summer of 2022, Science Coordinator Rebekah Rylander kicked off the RGJV’s first official monitoring season on Grassland Restoration Incentive Program (GRIP) sites in the South Texas Plains ecoregion. To help with the task, three technicians were hired through American Bird Conservancy: Michael Trevino and Shaelyn Rainey focused on vegetation surveys using Grassland Effectiveness Monitoring (GEM) techniques, while Mary Tucker specialized in avian point count surveys. Altogether, technicians worked from mid-May through the end of June, collecting data at 14 treatment sites spread out across 9 counties. Though summer temperatures were grueling and regularly above 100° F, all three technicians did an outstanding job following protocols and representing the RGJV, while obtaining valuable field experience.

Though data cannot be statistically analyzed based on one year of data, the RGJV is preparing for its second monitoring season on south Texas GRIP treatment sites for the summer of 2023. Rebekah is hopeful that with multiple years of data, the RGJV can examine whether mechanical, chemical, and/or prescribed burning management techniques are successful in restoring south Texas pocket prairies for declining grassland-dependent avian communities. The RGJV is grateful to the National Fish and Wildlife Foundation and the Texas Parks and Wildlife Department for GRIP funding and for the continued positive participation of private landowners in south Texas GRIP, as restoration efforts would not be possible without their willingness to conserve critical habitat for wildlife. 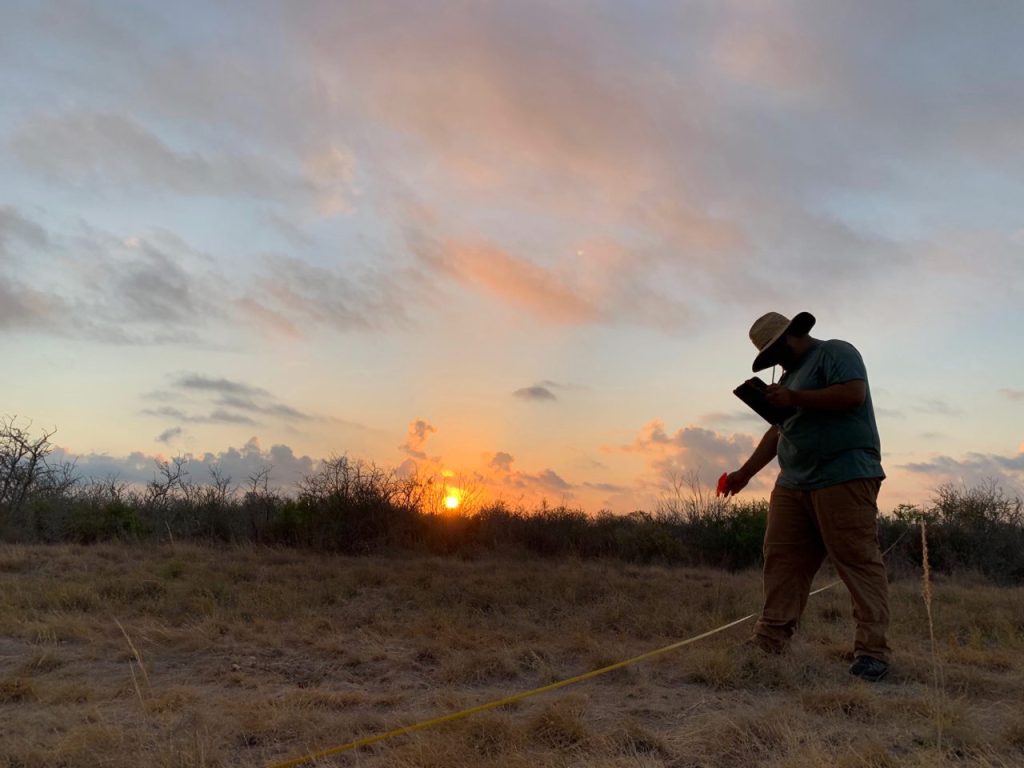 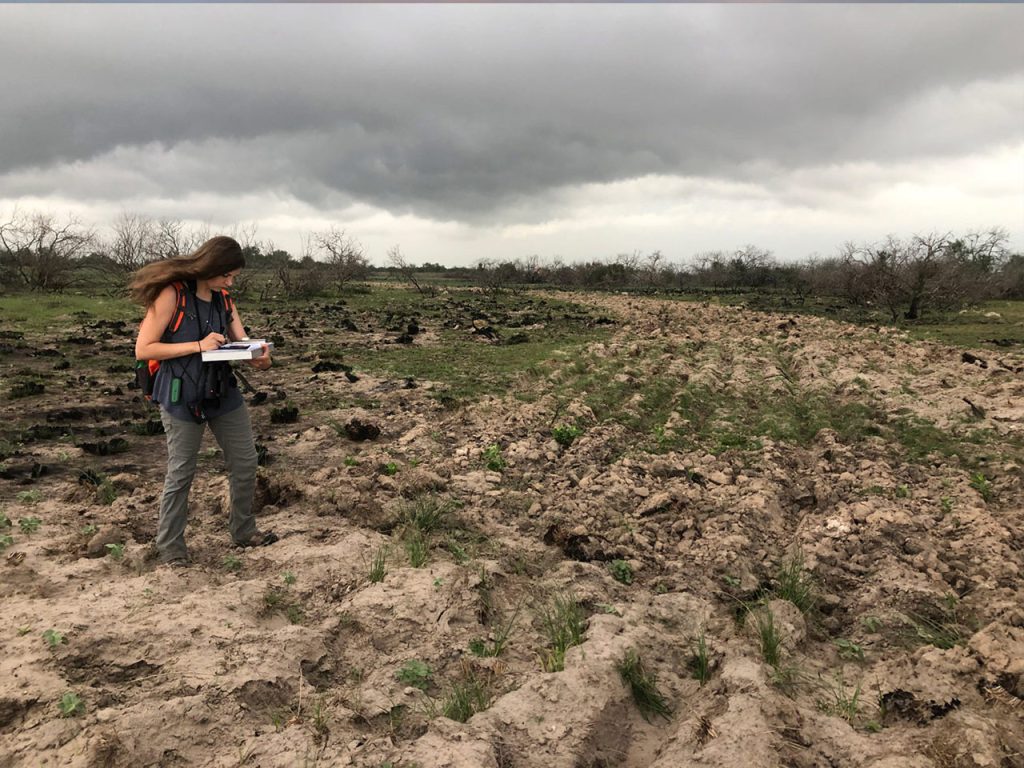 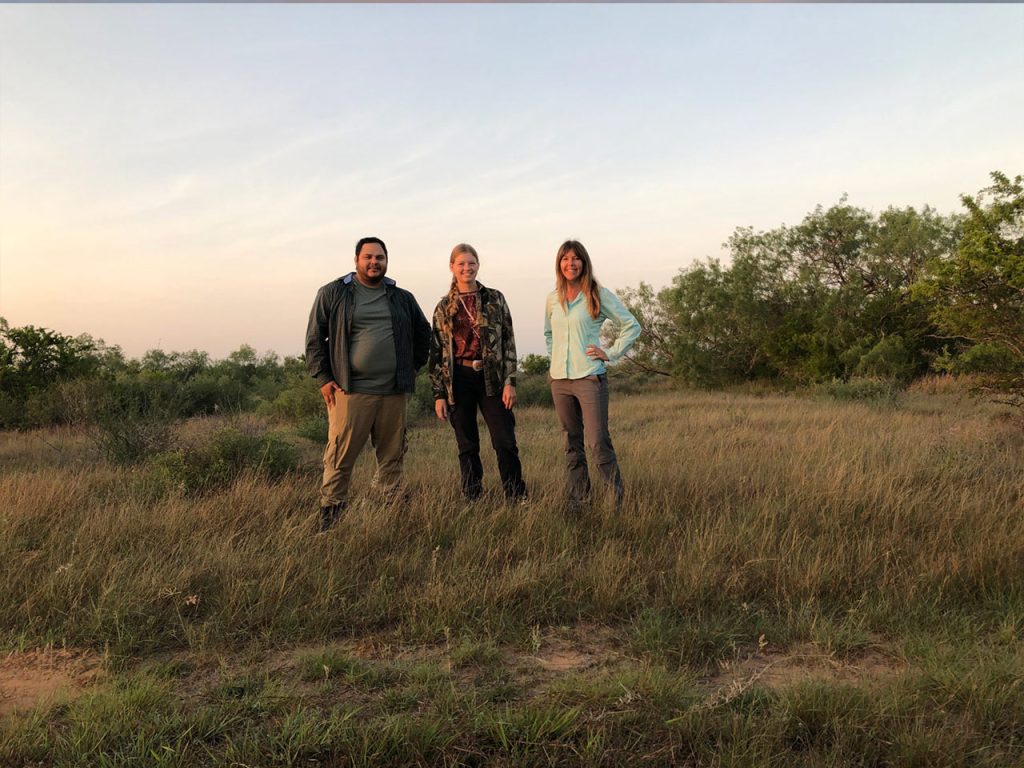